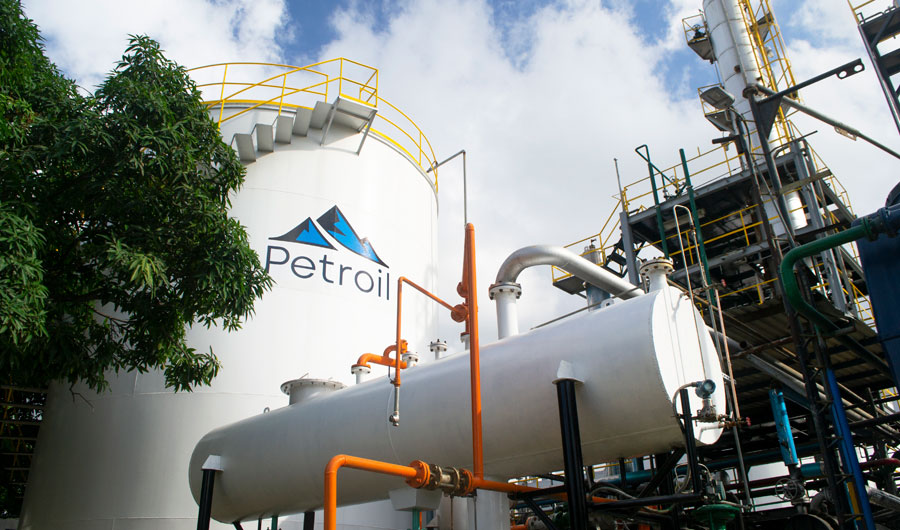 In addition to being a distributor, Petroil will also utilize some of AET’s products at its own location.

The distribution agreement covers AET’s unique, patented, cost-saving EcoMix™ fuels emulsion process. EcoMix™ is a means of blending water into fuels to reduce soot, nitrous oxides and carbon dioxide emissions while reducing the cost of fuel by improving combustion efficiency. EcoMix™ can be used with #2 through #6 fuel oils (diesel through mazut and bunker fuels) and residual oil fuel. It can be used in open flame (boilers, furnaces) and internal combustion applications such as locomotive diesel engines, ship engines, electrical generation power plants, refinery, cement and other high temperature applications.

Petroil has plans to use both EcoMixTM and SULFEX™ in their own refinery and terminal. Process and plant design work is underway.

“It is a delight to work with a company and leadership so aligned with ours to promote and effect a positive impact on the environment by reducing emissions from fuel. AET is looking forward to a fruitful partnership with Petroil and Mr. Hincapie.” Jack Carter, Director, AET

“We are once again honored to partner with AET to continue our eco-friendly, sustainable business mission while supporting global environmental improvement initiatives at a reduced cost. In Petroil we are committed to the innovation and production of environmentally friendly fuels,” states PETROIL’s CEO, Mr. Luis Alberto Hincapié Carvajal. “We are very excited to be working with PETROIL in another environmental area to bring AET’s environmentally friendly technologies to the Latin American and other countries,” stated AET Executive Director, Steve Stevanovich. AET’s unique, patented, cost-saving EcoMix™ fuels emulsion process has been used in numerous locations around the world.

Other additional AET proprietary technologies use liquids in a low pressure and low-temperature environment to achieve petroleum-based-fuel sulfur levels down to less than 10 ppm and produces a finished fuel ready for use. AET’s Sulfex™ process is operationally much simpler than the HDS system currently used at refineries to desulfurize fuels, making it considerably less expensive and much safer to use. The process has been independently validated by the U.S. Department of Energy’s Argonne National Labs (www.anl.gov), and the initial mass balance of the plant has also been reviewed and confirmed by a global engineering firm. It is now being designed for use at a pipeline transmix treatment facility.